25 year old Marianna is a Melbourne based, experienced journalist with a demonstrated history of working in the newspapers industry, currently writing for Greek-Australian newspaper Neos Kosmos. She is skilled in editing, writing, interviewing, multimedia and social media, graduating with a Bachelor of Communication focused in Journalism from Deakin University.

Let me write for you!
Email: marianna.alepidis@gmail.com 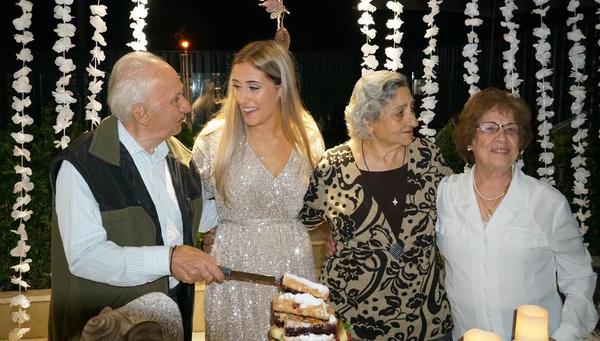 The documentary on stories past, which reminds us to be present today

Victoria Valassis has touched the hearts of many on social media after sharing her mini documentary The Grandparents Documentary. “I’m getting so many private messages from random people saying they’re so moved and inspired and that they want to do the same thing,” she told Neos Kosmos. The 21-year-old freelance filmmaker produced the project, wanting to preserve the memory of her beloved maternal grandparents Dimitri and Vasiliki Karadimos. 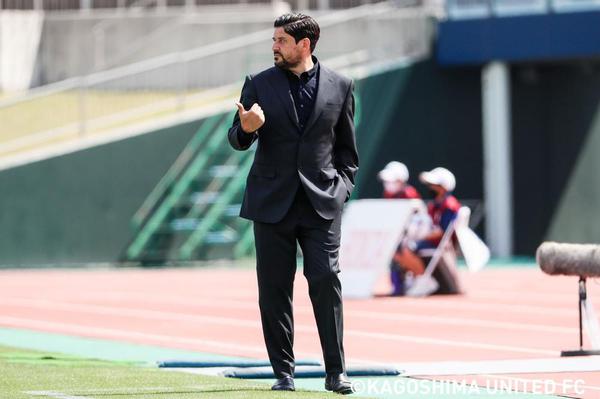 "I'm living the dream," says Arthur Papas on his return to Australia

Arthur Papas has long awaited to return to Australian soil after spending years overseas building his coaching career. “It’s exciting to be home more than anything, it had been just over three years since I’ve been back on Australian soil. I haven’t seen family and friends for a long time,” he told Neos Kosmos. Papas will be returning to the A-League’s Newcastle Jets as head coach, 10 years after serving as the club’s assistant. “The job is something that came about and it’s a bonus to come b 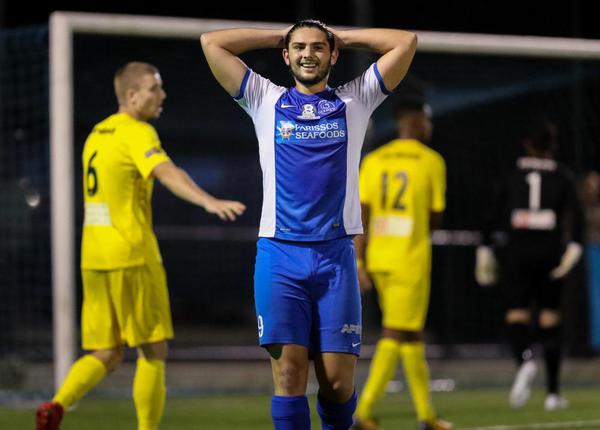 Adelaide Olympic midfielder Christos Pounendis is fresh off his Federation Cup final win against Adelaide City. The 25-year-old has been playing with the seniors for 10 years now and is now captain of the team after years of hard yards. While his drive and tenacity have definitely been key in bringing him there, Pounendis also credits those closest to him for steering him in the right direction. 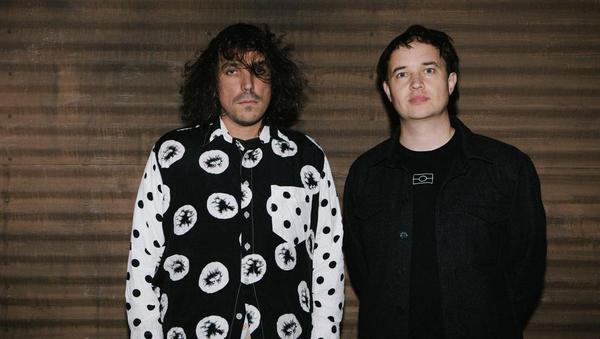 Melbourne music duo Shouse are watching their song Love Tonight smash the music charts in Greece, four years after releasing it. Ed Service and Jack Madin gathered a group of friends in a Brunswick warehouse back in 2015 to record the song but they could not have anticipated its meteoric rise over 13,500 kilometres away. 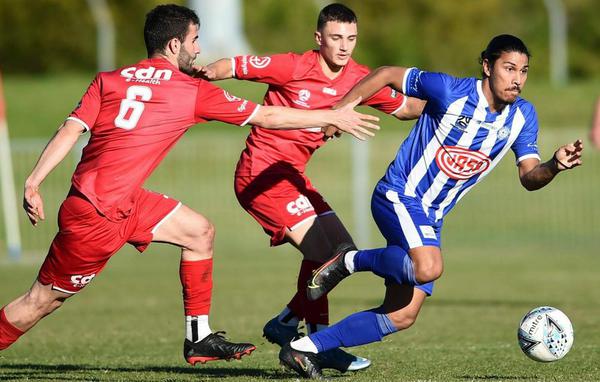 Loyalty is at the heart of Sydney Olympic FC defender Jason Madonis’ football career. From the age of 13, Madonis has been battling it out on the pitch for Sydney’s beloved team with Greek origins that has been around since 1957. Despite having played for the team for over a decade, the now 26-year-old credits his seniors debut to two very special coaches. 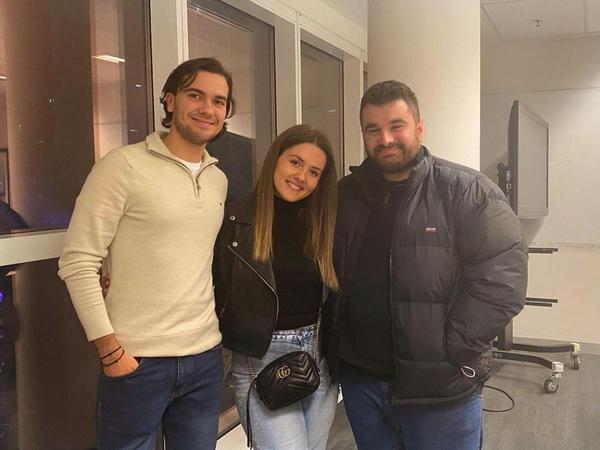 From Myrina to Melbourne: How NUGAS reunited generations

The National Union of Greek Australian Students (NUGAS) has undergone many changes over its 51 years of operation, however one thing remains the same; it’s ability to bring Greeks from all walks of life together. In the case of William Dasopatis, Marissa Robotis and Billy Battista, NUGAS unveiled a connection deeper than what they had expected. 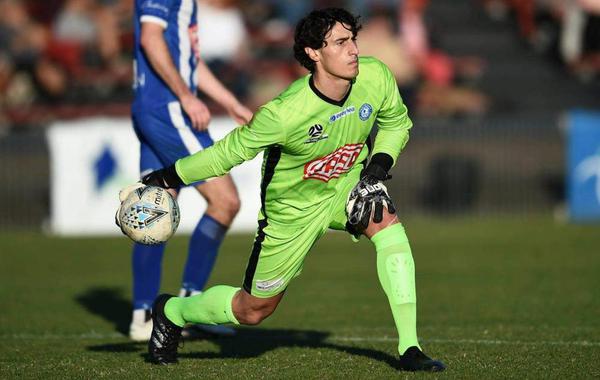 Nick Sorras is keeping soccer in the family. The 23-year-old followed in his father’s footsteps, playing for Sydney Olympic, the same team his dad had joined years before. “We’ve got a few older Greek guys who come to the games and ask me where my dad is and tell me the stories about him. It’s always good to be at a club that he played for and our name is in it a little bit so I’m proud to put on the jersey and keep playing for them,” Sorras told Neos Kosmos. The young keeper has been around t 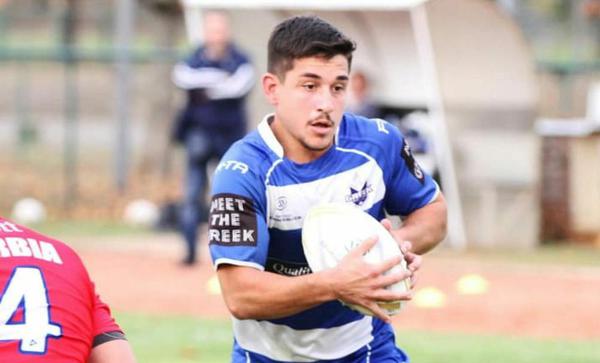 20-year-old Peter Mamouzelos is still buzzing from his official NRL debut with the South Sydney Rabbitohs on 12 June. The young rugby league player, who is also a fixture in the Greece’s national rugby league team, has been training for years to make it to this moment. 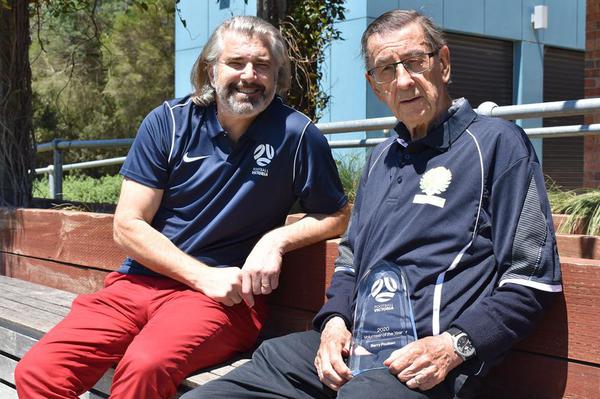 Kimon Taliadoros is the mitochondria of Victoria's football cell

In 1978 a young boy born in South Africa to a Greek-Cypriot father and Australian mother, made the voyage to the lucky country with his parents and brother. He is now serving as Football Victoria’s CEO. Kimon Taliadoros has arguably one of the most versatile and colourful careers in Australia’s football scene and his relationship with the world game stretches back decades. 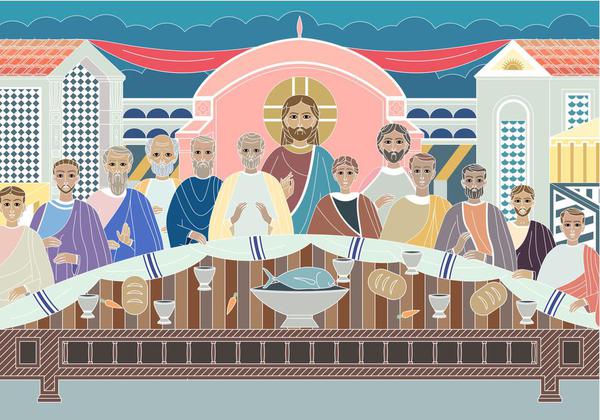 There is always something enchanting when you step foot into an Orthodox church or monastery. Walking by, pew by pew, saints overlook their devout followers from the walls and the altars. Shining a new light on the traditional artform of iconography is 22-year-old George Mellos, who began a project of his own with the spare time he had during last year’s strict lockdown. 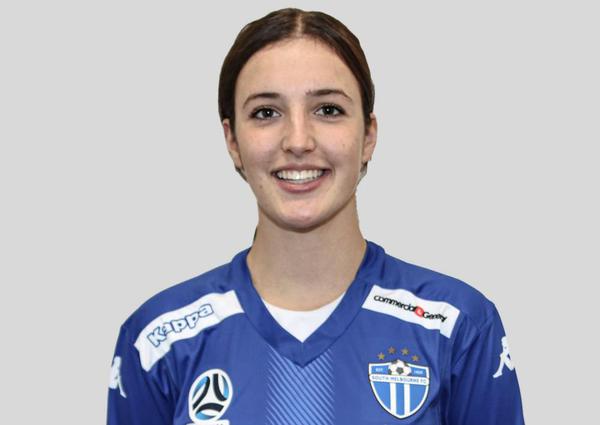 Fresh faced and full of energy, 17-year-old Kiara Hronopoulos has joined the senior ranks of South Melbourne FC. The young centre back is deeply entrenched in the world of football, having followed in the footsteps of her father and brother. Now she’s paving her own way. “My dad’s always been heavily involved with the clubs. He was president of the Caulfield Cobras,” Hronopoulos told Neos Kosmos. 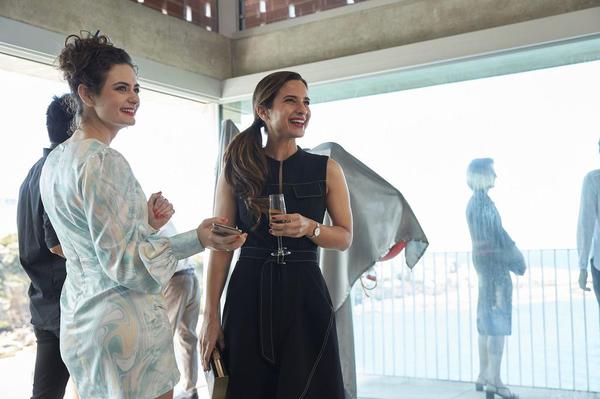 Greek Cypriot Australian Andrea Demetriades has made a strong name for herself in television and on stage. This time she returns to our screens as “high-flying American CEO” Martha Drewe in SBS’s enthralling television drama The Unusual Suspects. “I play a very small part, but it is pivotal in the main protagonists’ journey,” she told Neos Kosmos. 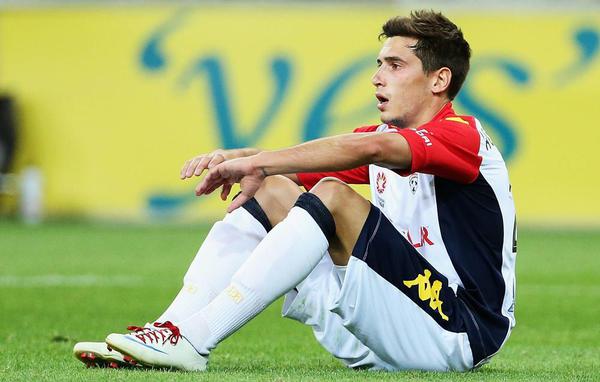 Shedding light on the dark side of football: Q&A with West Adelaide's Evan Kostopoulos | Neos Kosmos

If anyone has had a whirlwind of a career navigating the world of football, it’s West Adelaide’s Evan Kostopoulos. The 31-year-old has come up against his fair share of challenges, namely those off the field. “I had an agent who made some bad some bad decisions on my behalf and left me club-less. I guess if I didn’t have an agent, or if I had the right agent it would’ve been a different story..." 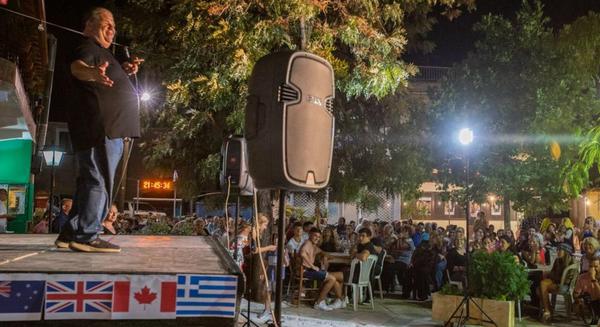 How Angelo Tsarouchas' idea in a Melbourne cafe, overtook a small village in Greece | Neos Kosmos

When a Greek says they’ve invited ‘just a few’ of their family members to dinner, what they mean is that you better prepare to close off traffic to a small street to accommodate everyone. Angelo Tsarouchas admits that he may have been a little naïve to believe his cousin when he had visited Melbourne in 2016. 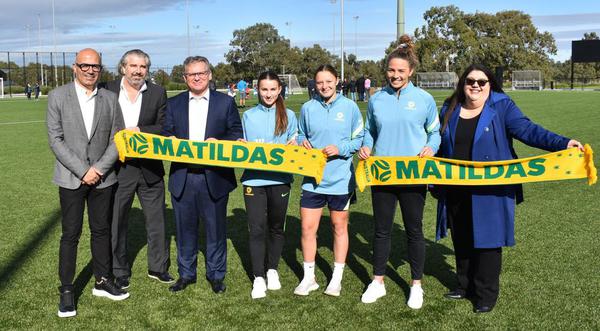 Six years after joining the Football Victoria (FV) team, Antonella Care has made history within the organisation after being the first ever female president elected in its 137 years of operation. “When you are the first at anything it comes with responsibility. I think we’d be lying if we said it didn’t. It doesn’t change my position of advocacy but it does probably give me a stronger voice. My advocacy has always been for women and girls, for community football." 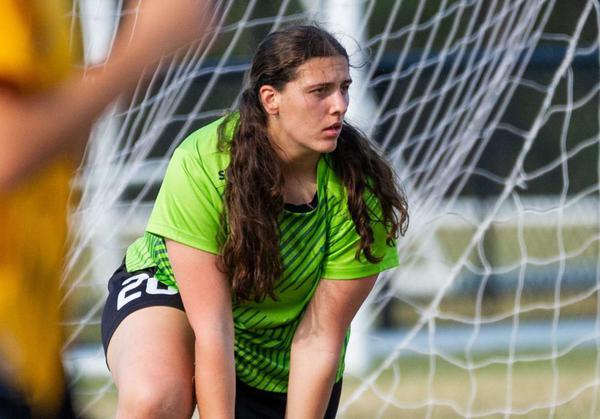 When the gloves come off: Q&A with Heidelberg goalie Natasha Stathopoulos | Neos Kosmos

If there’s one word to describe Heidelberg United’s 18-year-old goalkeeper, it’s determined. From the age of six, Natasha Stathopoulos has been in a league of her own when it comes to pushing past any boundaries that have been put in her way. Even broken bones couldn’t scare her away from her dream. 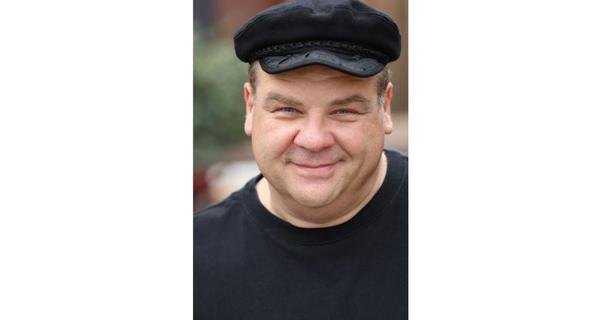 It’s not often that you can feel at home in a foreign country, but beloved Greek-Canadian comedian Angelo Tsarouchas feels like he fits right in when sets foot in Australia. “I feel like I’m from there, doesn’t that sound weird? I really do. Coming from Canada, you guys grew up with the same sensitivities that Canadians had. So we’re both from Commonwealth countries, a lot of similarities,” he told Neos Kosmos. 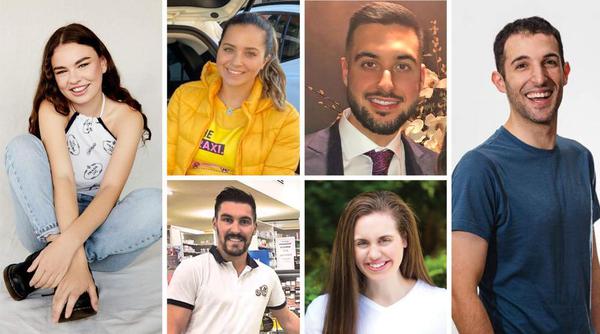 If these young Greek-Australian movers, shakers and entrepreneurs are anything to go by, the future of the country is in very capable hands. These young people have visions that reach beyond profits and instead hope they can inspire others to either make change in their own lives and create change in the world around them. Neos Kosmos spoke to some of the many switched on successors of first and second generation Greek-Australians. READ MORE: Greek Parliament tables amendment to facilitate en 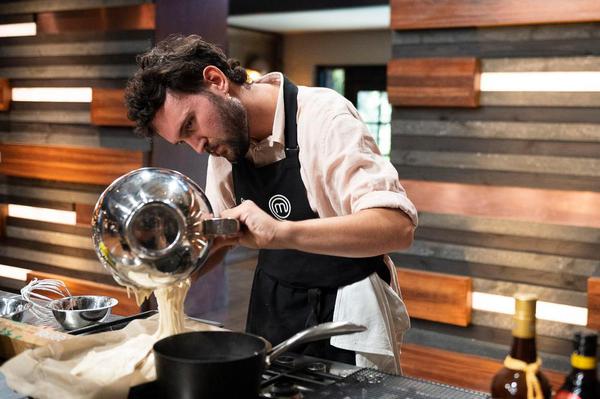 Conor Curran may have divided some Greek-Australian MasterChef viewers with his reinventions of some classic Greek dishes like avgolemono but he’s kept the judges happy. Behind these inventive reboots is an effervescent 27-year-old Greek-Australian who has worked in restaurants for ten years, but always at the front of house. 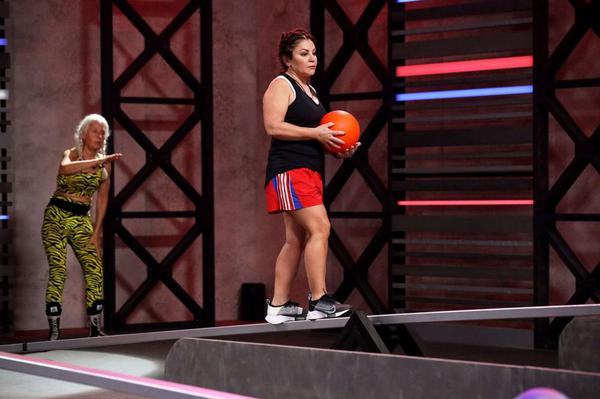 Mary Kalifatidis is no stranger to the world of reality television after getting a taste of what it’s like from her own daughter Martha who appeared on season six of Married at First Sight. This time, reality television’s favourite mum is entering the entertainment sphere under the watchful eye of Channel Seven’s Big Brother. Ms Kalifatidis is one of 20 new housemates entering Sydney’s North Head fixture, but there was a moment where she may have not made her way into the house.
Load More Articles
Close ✕